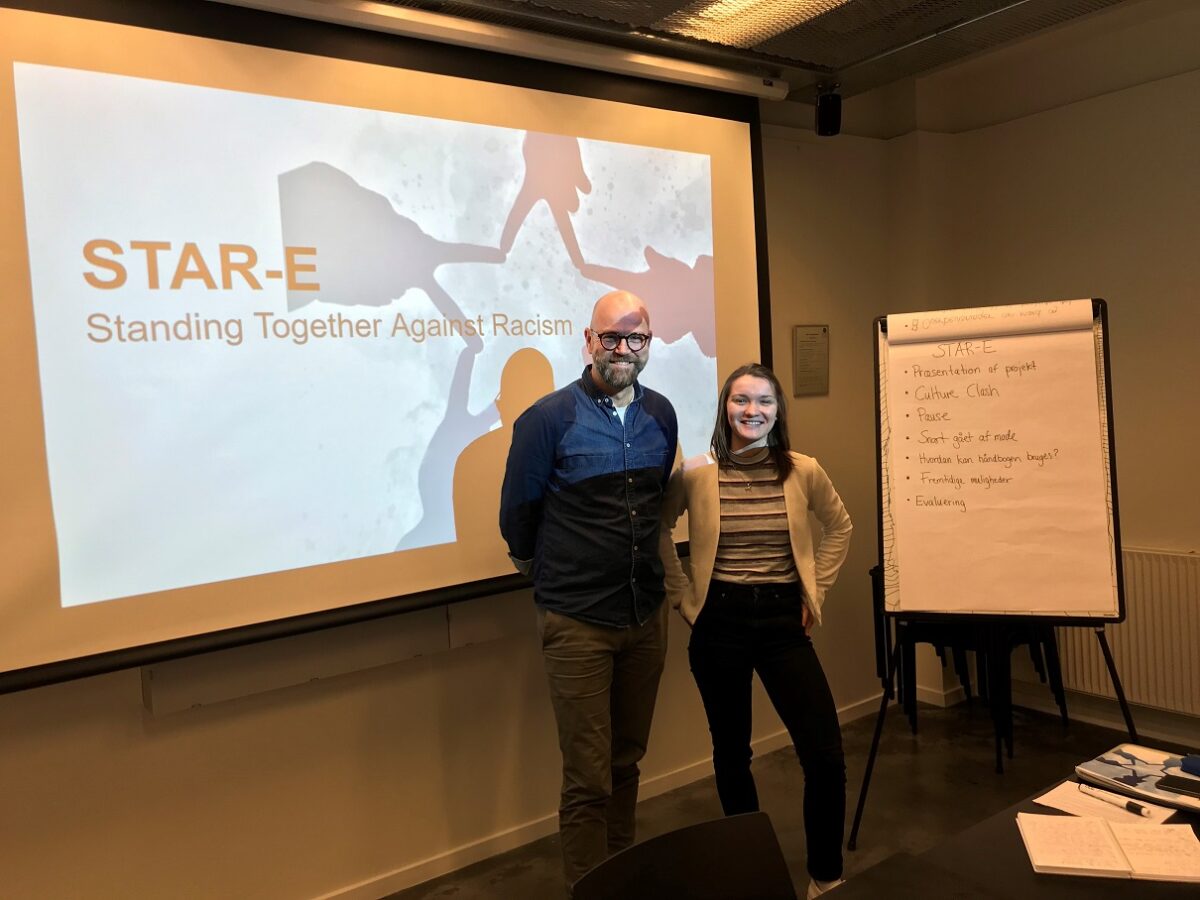 Demonstrations are happening all over the world in favour of equal rights regardless of ethnicity making the topic more current than ever. ICYE Denmark contributed to the dialogue about racism by hosting the STAR-E multiplier event workshop on the 7th March 2020 in Copenhagen. Attending the workshop were 16 participants from other Danish organisations and educational institutions as well as six people from ICYE Denmark.

Initiated by European youth organisations, the project Standing Together Against Racism in Europe (STAR E) aims to raise issues of racism, privilege and discrimination within youth organisations by providing two extensive handbooks to advocate inclusiveness and tolerance throughout Europe.

The workshop in Denmark was facilitated by three members of ICYE Denmark, who began the day by introducing the two handbooks and explaining how to make use of such handbooks. Further, the purpose, relevance and implementation of the handbooks were presented for the attending organisations. Thereafter two of the 16 methods described in the blue training handbook were tested in practice activating all the participants to engage in these methods created to facilitate greater tolerance and thereby limiting acts of racism.

The first method to be tested was the ‘Cultural Clash’ which makes participants reflect upon interactions between cultures, their own cultural behaviour as well as focusing on the potential effect it has on inclusion and/or exclusion of different cultural norms. The method proved to spark good discussions in the field of cultural differences and brought further reflections to the participants.

After a short break, the second method ‘Soon to be Outdated’ was introduced and tested in practice. Here the participants were tested on their beliefs and preconceptions of certain cultures and how such beliefs are reinforced. The activity made the participants see just how easily these social constructs are developed and thereby taught them to be critical when engaging in social constructs of different cultures.

The workshop ended with a summary of methods from the training handbook followed by a group discussion of applicability and effect for youth organisations. There was a consensus amongst the participants who found the workshop to be very informative. Moreover, several participants saw an advantage in utilising the methods described in the handbooks to overcome racism when working within youth organisations and educational institutions.

This workshop is viewed to be a contributing factor in the effort to minimise racism in European youth organisations by advocating tolerance and inclusive behaviour. ICYE Denmark is thankful for the opportunity to take part in the important issue of limiting racism amongst European youth.